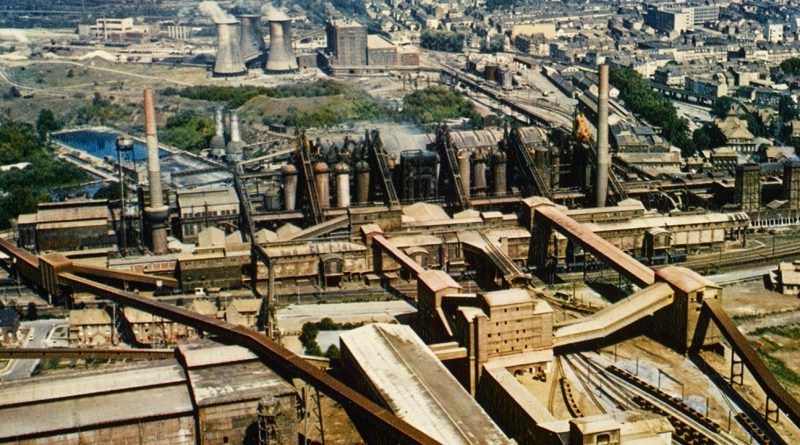 The conference will address the continuous and complex transformation of European industrial regions from industrialization to de- and post-industrialization, from the 1870s to the 1970s and beyond. The geographical scope ranges from the industrial regions of Western Europe in Portugal, Luxembourg, the Netherlands and Great Britain to the far north of Norway and Central and Eastern Europe (former GDR and Poland). The comparative long-term perspective will shed light on the different conditions of regional development and the cycles of boom and bust in the European context. The focus will be on four main topics: the housing situation of workers and their families, the decline of mining regions, the socio-political resistance of industrial workers, and the journalistic and visual representation of everyday life and industry using the example of the Minett – the industrial region in southern Luxembourg.

The international conference also marks the conclusion of the research project “Remixing Industrial Pasts in the Digital Age”, funded by the European Capital of Culture Esch2022 and based at the Luxembourg Centre for Contemporary and Digital History (C2DH). The team members will present the scientific results of the project on the industrial history of the Minett and the virtual exhibition “Minett Stories”.

The event will be held on-site only (Venue: Room 3.350 (Auditory), Maison du Savoir, Belval Campus); no online broadcast is planned. If you want to participate please send an email to: vanessa.napolitano@uni.lu.

09.30–10.30h Keynote Denis Scuto (University of Luxembourg): “From boom to bust?”: Historiographical reflections on the industrial region of the Minett

Daniel Richter (University of Luxembourg): Microstudies of worker streets in Esch at the beginning of the 20th century

Lena Ferriday (University of Bristol/University of Exeter): ‘Mine-beaten miners’? Representing the Sensing Body in the Industrial Landscapes of Cornwall, c. 1850–1910

Laura Höss (TU Darmstadt): From Bust to Boomtown? Post-socialist urban transformation and neoliberal city management in the context of the deindustrialisation of the central german lignite area after the “Wende”: The case of Leipzig 1980–2000

Afra de Mars (Maastricht University): The formation of a no-mine’s-land? The effect of spatial planning practises on the Limburg landscape after the Dutch mine closure (1965–present)

Maxime Derian (University of Luxembourg): The Minett: landscapes of a region in transformation

Irene Portas (University of Luxembourg): Communist networks in the Minett during the interwar years

Julia Harnoncourt (University of Luxembourg): Resistance without identifiable purpose: spontaneous protests and petty crime (from World War I to the 1930s)

Viktoria Boretska (University of Luxembourg): Photography and identity negotiation in the Minett during industrial decline of the 1980s

From Boom to Bust: the History of Industrial Regions (1870-1970 and beyond) | C2DH | Luxembourg Centre for Contemporary and Digital History (uni.lu)