Katowice has been a centre of technological activity for centuries and at present also is one of Poland’s high tech centres. The capital of the old industrial area of Silesia, the city has also been at the crossroads of Polish, Czech, Slowak, and German influences. As is customary at our symposia, there will be several excursions in and around the city, in which participants can explore this rich past. For more information on the city of Katowice please consult the conference website…

Previous to the conference, on 18-22 July, a three day summer school for PhD students will take place. It will consist of stimulating lectures and intensive seminars. For more information on the program and the application procedure, see the conference website.

TECHNOLOGY AND POWER
The International Committee for the History of Technology’s
46th Symposium in Katowice, Poland, 22 – 27 July 2019

Social theorists from Max Weber to Jürgen Habermas have argued that power relations are among the defining characteristics of every society, along with culture and economic relations. The main theme of this conference, Technology and Power, seeks to interrogate the various roles technologies have played in the development of power relations in the past, in different parts of the world. Political power (local, state, and inter-state) is the most obvious of these, but relations of gender, sexuality, race, ethnicity, class, labour, age, and so on, also include elements of power. Technologies have instrumental, mediating, undermining, reinforcing, and constructive roles in all of these relations. Some technologies have been used by elites, others have served the relatively powerless. Think of weapons as means of state power, but also as instruments of revolution; the printed word as a vehicle of state and church propaganda, but also as a disrupter of all kinds of authority; contraceptive devices and pills that have changed relations between the sexes and in families. Power is usually contested, and technologies often change the chances of those involved in these conflicts.

The recent interest in transnational history has extended the range of these topics and revealed their interconnectedness. Technological change is disrespectful of national borders: technical knowledge and technicians travel, and new technologies of communication and transport transform balances of trade and power on a worldwide scale. We have only begun to explore these global dimensions, and the symposium will offer the opportunity to push this project forward.

A broad but non-exhaustive list of possible topics for paper presentations follows. Proposals and presentations on a wide spectrum of topics related to the general theme are very much encouraged. Proposals outside the main theme will also be considered.

1. Technology and the State
Engineers and architects in power
– forms of technocracy across the world and in different times
– case studies of technocrats
– large technocratic projects (think of TVA or the post WWII dam building projects in the third world, and similar projects in earlier times)
The State and the economy, from mercantilism to the present
– energy politics
– technical education
– stimulating small companies, from crafts to modern start-ups
State power and military technology
– military technology and the rise of the modern nation-state
– technology-driven military revolutions
– war and technological change
– military and technological aspects of unconventional warfare
– military technology in non-military settings
– military-industrial (-academic) complexes (not only US)
Technical forms of government
– technologies of surveillance (as in border control, security services, public health)
– environmental governance
– managing populations by means of statistics or eugenics
Technology and international relations

2. Design as politics
Urban planning across the world
– the design of city life
– transit infrastructures
– ecological urbanism
Scripting the everyday
– attempts to shape life through the design of homes
– offices and products for everyday use
Design fantasies
– technological utopias and dystopias
Design and political ideology
– from totalitarianism to neoliberalism
– design activism (as in DIY and the ‘maker movement’)

The symposium covers all periods and all areas of the globe. In keeping with a cherished tradition of the field, the meeting is open to scholars from all disciplines and backgrounds.
The conference language is English. 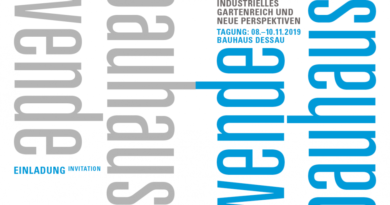 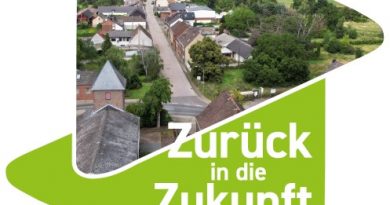