to be held at the Maritime and Historical Museum of the Croatian Littoral, Rijeka, Croatia, from 22nd to 23rd April 2010

The Conference offers to world-famous experts in shipbuilding heritage to gather together and present their papers and exchange ideas on the always topical issues regarding the shipbuilding industry and its logistics, since participants coming from all over the world offer great opportunities for talks on the past, the present moment and the further development of problems, trends, technologies and legislation, as well as on the challenges that the shipbuilding industry is yet going to face.

The discussion proposed has been induced by the world economic crisis that we are facing with for months now, causing a great strain – not only on the shipbuilding industry – but will, at the same time, give world-famous experts a unique opportunity to consider new tactics and strategies to enable the shipbuilding industry to survive in such unstable circumstances. Therefore, we are giving a warm welcome and invite experts and friends of the PRO TORPEDO association, members of any academic, industrial, museum or other international organization to take part at the 4th International Conference on Industrial Heritage and to present their conceptual, practical and theoretical research papers on the proposed subjects that cover widely the shipbuilding industry, its environment and its logistics.

All participants will have the opportunity to explore the City of Rijeka and its historical and industrial monuments that remind us of the power and of the shipbuilding entrepreneurship of the early 18th and 19th century that has slowly developed from small-size shipyards, where wooden ships were built, into great shipyards designed for the building of large ocean-going ships, tankers, cruisers and the international community. 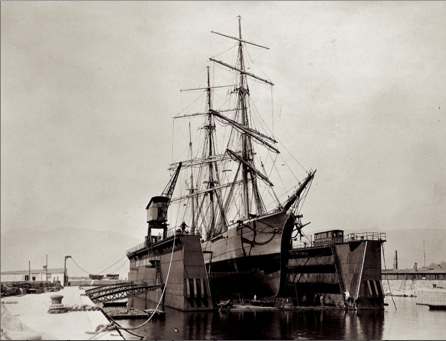 WHY IS THE SHIPBUILDING HERITAGE CHOSEN AS THE TOPIC OF THE 4TH INTERNATIONAL CONFERENCE ON INDUSTRIAL HERITAGE TO BE HELD IN RIJEKA?

Rijeka is a seaside city, always breathing in collusion with its blue coastal frontage. Along its and the nearby coastal areas there was no place where a small or a larger shipyard was operating. The following were working in a ten-year long period – namely 301 sailing ships of 110,000 tons deadweight were launched in Rijeka from1850 to 1861. One of them, the Restaurador Rosas, became the commander’s ship of the Argentinian navy, while captain Ivan Visin, on board the sailing ship Splendido as the master of, circumnavigated the Earth between 1851 and 1859.

The steamship Ana Maria was the first to use steam as the ship’s propulsion, and this wooden ship on „wheel-drive“ was launched from the shipyard in Kraljevica in 1835. The technical institute in Rijeka (Stabilimento tecnico mano) designed and built the steam engines that were used on board of Austrian warships engaged in the battle of Vis in 1866. In 1872, the in this factory. In 1914, Szent István, one of the largest warships of that time, was launched from the shipyard Ganz-Danubius, today called „Tre ci maj“. The story goes up till the present days. The nuclear ship Savannah, the first nuclear-propelled merchant ship was built in 1959 following the ship’s design made by Erazmo Ticac from Kostrena.

In the 19th century the work of the sailcloth mill in Rijeka, of the unique factory of this type in Croatia, was also closely connected with the sea. The Kvarner region is the birthplace of the technical solution that has improved the world’s try, thanks to the inhabitant of Rijeka, Giovanni Delaitti, who designed the first acetylene lamp in 1898.

Being well aware of such a heritage in Rijeka – the same that connects us with the whole world and the world’s shipbuilding experience in the same way as the does – this Conference is open to present papers on many aspects of the shipbuilding heritage not only in Rijeka, Croatia or Europe, but all over the world as well.

HISTORICAL HERITAGE OF THE INDUSTRY OF RIJEKA

The oldest production of the manufacturing type in Rijeka was linked to the river Rjecina and to the torrential brooks along the riverbanks, where, as late as the Middle Ages, mills, mortars, pillards and saw-mills were built, while the 17th and 18th century saw the building of sugar refineries, tanneries, wax-chandleries, candle works and breweries. The industrial age in Rijeka started in the early part of the 19th century at the Paper Mill, namely in 1833 when the first stema engine was used in this area. In the decades to follow other di different industrial plants developed – steam mills, gas plant, leather-works, chemical works and a large tobacco plant on the sites of the former sugar mill.

However, the industry in Rijeka reached its greatest development in another period of its industrial development when Rijeka became the largest industrial center within Croatia. It is the period when old plants were enlarged and numerous new ones set up, oriented primarily to the processing of raw materials or of those commodities that were brought onto the market by hips. Among all the plants engaged in the production of engines and in the shipbuilding industry, as well as in the processing of wood, paper, tobacco, food, textile, leather and chemicals, the largest and most important were the paper mill, the tobacco plant, the rice-husking plant, the oil refineriy, the torpedo factory and the shipyard Ganz Danubius. Approximately three fourth of the industrial workers were employed in these firms. This percentage also referred to their production facilities and their share in the industrial output was almost the same as well. In the postwar period Rijeka continued to be an industrial and transit centre, its main line of developing being based on maritime, port, shipbuilding and oil processing industry.

The majority of the traditional plants in Rijeka were closed in the postindustrial period and from former busy and working premises they were transformed into industrial archeology areas. The dying of the industry in Rijeka was a very abrupt and unexpected change, the research into and the evaluation process of the rich industrial heritage is still going on and we are intensively looking for the solutions that will ensure a high-quality survival of this most valuable industrial heritage in Rijeka. And this international Conference could be aimed at.

Until recently the industrial heritage has been evaluated, registered and protected in the least adeqaute manner not only in Croatia but all over the world as well. Although the term industrial archeology started to be used as early as in the twenty fifties, the real evaluation of this heritage has been intensively carried out for only twenty years now and has more and more acquired the characteristics of a movement, of a trend and even of a fashion for. The industrial heritage is nowadays a recognized and popular discipline among experts, but it is also a concept ever-present in the perception of the citizens, especially of those whose active life and the whole length of life has been closely linked to the industrial production.

The future will show that the industrial heritage, whether of a material or non-material type, and in particular architecture that from its origin has been an important part of the city urban structure, will become an equally rear heritage for those social environments that have not evaluated it in time, in the same way as the Renaissance and Baroque monuments have been. The cities that will succeed in preserving their industrial heritage–in its original or some other designated purpose, will manage to preserve the riches, the value of which, if looked back at, can be only indicative of.

Civilized countries have long before explored, evaluated, registered and renewed their antique, medieval, Renaissance and Baroque monuments, as well as showpiece edifices of the Historisism and Secession movement. Faced with a huge number of abandoned plants in the postindustrial period, and becoming aware of their functional, constructive and form-relevant values as well as of their important role in forming the historical identity, the civilized countries have been carrying out an intensive evaluation thus preserving not only large impressive buildings, but also engines, documents and even memories of the manufacturing history that ensured These very days that have seen the collapse of global economy based on automation, robotization and underpaid labour forces of the Third World thus leading to an almost complete dying of industry in Europe, are perhaps giving us an opportunity to solve a part of the problems that the industrial heritage is faced with, so as to partly reactivate and revitalize the former industrial plants in their original purpose in these new, real and more humane circumstances. ­

• Summary: up to 1000 words (up to 6 key words) • Topic presentation (with or without screening): 15 minutes maximum, 16 typewritten double-spaced pages maximum • (simultaneous translation)

Participation fee for all participants: 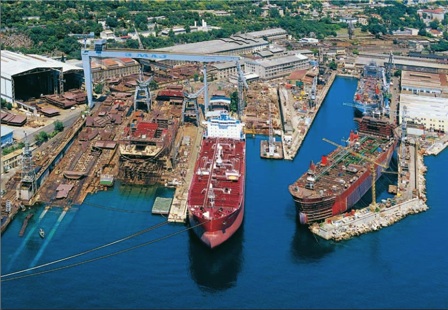