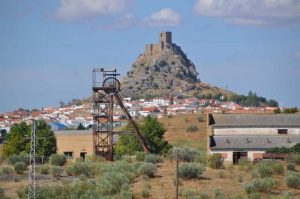 After a successful first meeting, in April 2018 in Genk and Beringen (Belgium), EFAITH is organizing a second get together where associations, volunteers, institutions and organizations committed to preserving and interpreting the heritage of mines and quarries meet, experiences and ideas to exchange. This takes place from September 27 to 28 in Belmez and Peñarroya, a relatively unknown but particularly interesting mining area some 70 km west of Cordoba…

“2018 was an active and important year for EFAITH. As stakeholder of the European Year of Cultural Heritage,  we had the opportunity to defend the importance of the industrial heritage and the role of associations and the civil society to save and interpret it.

But importantly, last year we also started a processus to provide EFAITH with a new legal structure and new statutes. This took the necessary time, but  now we are officially – after recognition by Royal Decree – an „international non-profit association“ (‚association internationale sans but lucratif‘, aisbl). Only the Belgian legislation, voted in the international movement after the First World War, allowes such a statute.

In the course of the next months, the new structure will be filled in. Old and new members can join again, as no members were accepted because of the changeover procedure in 2018.
That is why we now invite you to renew your membership or to become a member with your association, institution or individually.”