German Mining Museum Mining History Section Mining History Document Center Research project: From boom to crisis. German coal mining after 1945 1
Boom – Crisis – Heritage. King Coal and the energy revolutions after 1945
During the Industrial Revolution coal was Europe’s most important energy source for both homes and industries. At the time European coal mining created strong regional industrial identities and mentalities, as well as industrial images and imaginaries in the eyes and minds of external observers. Such identities and ideas of coal, would go on to shape industrial landscapes and communities.
Coal mining in Europe was thrown into crisis after World War II due to competition from external sources of coal, crude oil and natural gas. This incipient transformation of the energy market began accelerating in the 1970s with the emergence of new alternative forms of energy such as nuclear power. Although the regions dominated by heavy industry faced up to these challenges in various ways, they were unable to prevent deindustrialisation which resulted in pit closures in the second half of the 20th century. The remains of coal mining are, in many cases, a clearly visible presence in contemporary environments. Mining is widely commemorated through the creation of heritage, and the continuation of industrial culture and traditions.
Against this background, the Boom – Crisis – Heritage conference will address coal mining in the period after 1945. Our aim is to consider the multilayered processes of social change that were triggered by transformations within the energy market from international and comparative perspectives. Rather than restricting our scope to a study of coal mining, the conference will also cover coal’s competitors as well as the consumers and users of the various forms of energy produced. This broad sweep is designed to enable the presumed existence of unique paths of development to be confirmed and their specific regional and national characteristics to be elucidated.
We welcome a wide range of international case studies, and we are keen to represent transnational perspectives for comparative purposes on the following themes:
Theme One: investigating the economic, social and technological development of the coal mining industry and related industries
In this theme we consider contemporary responses to the upheaval within the energy sector after 1945 and analyse the transformation of the energy market from the point of view of technological, environmental, economic, corporate, social or scientific history. Our broad aim is to trace the developments associated with the energy revolution in the various industry sectors affected by transformation . This theme encompasses coal mining and competitor industries such as the petroleum industry, the nuclear industry and lignite mining as well as the consumers of energy (e.g. the steel industry, railways, private households).
There is a particular interest in papers that address the following topics and questions:
• Forecasts and expectations: to what extent did the relevant decision-makers successfully predict future trends in their own industry and in their competitor’s sectors? What methods and means were used to formulate such predictions, and did expectations or interests stand in the way of a reliable forecast?
• Response to crises: when a crisis struck or if difficulties were envisaged, the main players had a number of options for how to respond. The key issue here is the measures that were taken to prevent crises, mitigate their impact or exploit difficulties facing another industry sector.
• Periodisation: considering the economic development of coal mining, the petroleum sector and nuclear power invites a certain division of the post-war energy revolution into distinct periods. This poses the question of whether alternative divisions based on other structural criteria unrelated to the commercial performance of the individual industries are also possible. In addition, a valuable contribution can be made to the debate regarding a structural shift by looking at the energy sector. Running across these sets of issues is the question of what role is played by certain governmental and social groups of actors.

As well as studying the various decision-makers in the associations and companies, the following actors and institutions are of significant interest, as are the relationships between them:
• Supranational organisations, national governments, regional governments: the key issue here is the interests of the main players in these areas and their links to the private-sector and social actors in the relevant sectors. Another area of great interest is varying understandings at the individual (supra-)national levels in terms of assessing future developments in the energy market or conflicts over what measures to take or the support of different industry sectors.
• Trade unions: we are interested in the positions adopted by the relevant trade unions towards signs of crisis in the various industries and also in potential conflicts with employee representatives in other affected sectors at the level of national umbrella organisations such as the German Trade Union Confederation (DGB) and their role in shaping the political and social elements of the energy revolution.
• Science: in this context, it is not sufficient merely to explore the role played by science in developing new technologies for the energy industry; rather, there is also a need to scrutinise science’s influence on organisational and technical changes within the individual industries. It goes without saying that the issue of funding relevant research and the impact of science on gauging the impact of technologies or environmental problems for the individual industries is also closely linked to the role of the state.
In line with the overarching question posed by the conference, the existence of unique regional or national development stories is to be discussed based on these areas of thematic focus.
Theme Two: the tangible and intangible legacy of coal mining. We would like to put a spotlight on culturalisation and touristification processes in relict energy landscapes as well as subsequent reuse.
As regards the conference’s second area of thematic focus, papers are invited that discuss the spatial implications of the deindustrialisation of coal mining regions in order to paint a multifaceted, comparative picture of the transformation of industrialised regions of heavy industry into post-industrial landscapes. We are therefore looking for proposals that address the following issues for the second focal point of the conference:
• Policies of preservation: the discovery/invention of an industrial heritage in the late 1950s and 60s (mainly) occurred outside established institutions. The institutionalization of a preservation policy for the tangible remains of the industrial era and the set up of industrial museums in the 1970s were its first success. The most significant expression is the listing of these tangible remains as World Heritage Sites. We are looking for proposals that explore some of the key players and institutions that had a major influence on these policies of preservation, from grassroots movements and the (technical) preservation of historic monuments through to political parties and organisations. However, critical reflections on (national and international) protection regulations are also welcome.
• Discourses of Culturalisation: the preservation of buildings whose function has been removed by the process of economic and structural change requires plans to be in place for their subsequent use. Whether this has been as an industrial museum or residential accommodation or an example of managed decline, the leftover infrastructure has had to be culturalised in order to determine what form this use would take. This process of culturalised revaluation has been and continues to be underpinned by specific debates on industrial heritage. These discourses need a historical context, thus we are especially keen to receive proposals that address their dynamics and persistences as well as their actors and forms.
• Pracitices of Touristification: the International Building Exhibitions “Emscher Park” and “Fürst-Pückler-Land” are two high-profile examples from Germany of how added (tourist) value has been given to its mining heritage. Touristification of the two former coal mining regions began with the “Route of Industrial Heritage” and the “Lusatian Lake District”. The European dimension to this process is clearly reflected in the “European Route of Industrial Heritage”. We are looking for proposals that explore the transformation of the regions’ image driven by touristification as well as those that address the tensions between the authentic representation of tradition and touristification or the views of locals on this process.
• Cultures of commemoration: remembering and memories of coal mining as an economic success story have a lasting impact on regional identities and mentalities. Organisations such as mining heritage clubs, industrial museums or history workshops preserve, showcase and bring these reminiscences to life, while oral history research projects are unearthing new fragments of a collective memory. We are seeking proposals that explore which kind of topics are being remembered and which are not, and how collective memories are formed out of many different individual ones. We would also be interested in submissions that look at oral history projects and concepts from the history of companies in a methodologically reflected way.

How spaces are put to subsequent use is also to be explored in both thematic areas of the conference:
• Focus 1: the state-supported pit closures throughout the Ruhr region created empty spaces that often remained wastelands for a long time. We would welcome papers that address the role played by closure premiums in the question of subsequent use – something that frequently did not arise until a late juncture – or that compare this process with other regions’ approaches to pit closures.
• Focus 2: industrial wastelands, piles and slag heaps as well as canalised rivers dominate the characteristic landscape of the former coal mining regions. How this legacy is handled wavers between the contrasting strategies of industrial nature, ecological restoration and new energy landscapes. We are keen to receive proposals that scrutinise and contextualise the mental, environmental and economic potency of these models.
The conference is sponsored by the RAG foundation and will be organised in co-operation with the Institute of History, Ruhr-University Bochum, and the TU Bergakademie Freiberg.
The conference will be held in the city of Bochum, Germany 14- 16th March 2018, with the corresponding proceedings expected to be published promptly thereafter.
The deadline for paper abstract submissions is the 31th of August 2017.
Please send your papers per Email to Juliane Czierpka (juliane.czierpka@bergbaumuseum.de) and Torsten Meyer (torsten.meyer@bergbaumuseum.de). Paper abstracts should be no more than 400 words. Please also include a a short biography of around 300 words in PDF format with your proposal. Any travel expenses incurred can be reimbursed.
For further information on the research project “From boom to crises: German coal mining after 1945” visit our website: http://www.bergbaumuseum.de/de/forschung/projekte/sgm-boom-krise. 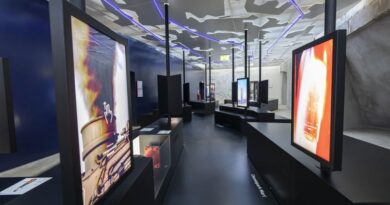 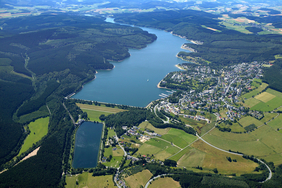