Since 1989, Europe has made an effort to reconnect severed railway lines, to repair and restart decommissioned and blocked East-West connections. It is obvious that a modern and reunited Europe cannot exist without a unified and modernized transportation system in which the railway mode has a major part to play.

The political changes were accompanied by tremendous economic and social changes,including an explosive expansion of trans continental bus lines and airtransport connections that drew these societies into alignment and connection with the Western world. This raises some important questions concerning the railway transportation network:

What had been the political, geopolitical and economical context in Eastern Europe in the period between 1945 and 1989? How the transition starting in 1989 influenced the railways systems as a whole and the national railway companies in particular? How were this radical transformation and the drastic increase in competition managed?

This means pointing out the role explicitly played by European institutions in developing and regulating railways in the countries concerned. Those are the questions which the conference will address. Researchers, policy makers, railway companies representatives will find there a place for an informed discussion on transport-strategy.

Welcome speeches by Líubomir Vaûny (Minister of Transport – to be
confirmed), Milan Chupek (Director General of CSR – to be confirmed),
Henry Cuny (Ambassador of France to Slovakia) and Henry Jacolin (IRHA,
President)

Key note speech by Paul Véron (UIC): The role of transport in Europe
after reunification

Introduction into the subject of the conference by Ralf Roth (IRHA,
General Secretary)

Zdenek Tomeö: European railways – an application of the life-cycle
theory

Duöan Lichner: History, Present and Future of Railway Transport on the
Territory of Current Slovakia

18:30 Departure for dinner in the outskirts of Bratislava offered by CSR

Ivan Jakubec: The Transport under the Socialism. The Case of the
Czechoslovak State Railways 1948-1989

Milan Klubal: History of Railway Transport in Slovakia – from the
Beginning up to Renewal and Modernisation after WWII

Ihor Zhaloba: The Development of Ukrainian Railways: the Heritage of the
Soviet Union and new Perspectives

Lunch, City Hotel Bratislava (for registered participants only, at their
own expenses)

Ralf Roth: The integration of the East German Railways (Deutsche
Reichsbahn) into the Deutsche Bahn

Peter F. N. Harz and Marcus Richter: Seen from the Drivers’ Cabins: The
Process of German Railway’s Privatization since the Reunion of Deutsche
Bundesbahn and Reichsbahn from the Engine Driver’s Perspective

Janos Majdan: Models on Railways development in the Danubian Region in
the 19th and 20th Centuries

Istvan Neumann: The thesis of Viktor Borza Integrational Timetable – How
Passanger Transport could be Profitable

Miklos Devecz: The Role and The Situation of The Private Rail Freight
Operators in CEE – From the point of view of OKD, Doprava

Andras Szendrey: Preservation of the Past of Railways – Possibilities of
a Renewal and Inventory Taking of the Technical Heritage of Eastern
Europe

Jozsef Soltosz: Preserved Steam Locomotives in Hungary from 1966 to
2009

Rainer Mertens: The Heritage of the Deutsche Reichsbahn and its
Presentation in the Deutsche Bahn Museum in Nuremberg

12:30: Buffet Lunch City Hotel Bratislava (for registered participants
only, at their own expenses)

13:30 Departure from the City hotel for a visit of the Transportation
Museum of Bratislava

16:00 Back to the Hotel and end of Conferenc 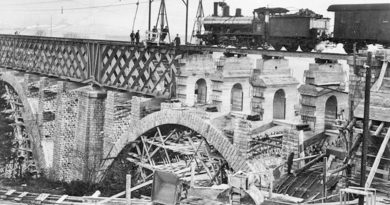