Industrial heritage consists on the leftovers from the material culture which have some historical, technological, social, architectural or scientific value; being either buildings, machinery, mines, factories or places where energy is used and transmitted, where services connected to production are functionally carried out and those places where social activities links with industry are carried out. It includes the goods generated in the development of productive activities during the so called industrial revolution period and those expressions relative to the influence of these activities and human applications to the society.

The film industry has generated all along its long history an important heritage with a notable influence in the ways of understanding and observing life. Throughout its trajectory we can admire and learn, like a living tree that goes from archeology to the new know how and digital techniques from the new millenium.

The methodology and history, viewed as different approaches that are being facilitated

for these issues, are the necessary basis to give history back to the present, one of the key aspects of industrial heritage that also allows to respectively raise awareness, make knowing possible, spread, promote and value the film industry’s heritage projecting such future towards our past.

The photography and photogram’s industrial development, televisions and their predecessors the radiovisors, from silent films to sound, sombers, magic flash lights and projectors. Everything gets us close to a study, perspective and view of heritage as a material witness of the past that is worth preserving and valuing to be transmitted for future generations.

The telephone, the radio, the phonograms, the film arts and the film work’s memories are expressions, facts and realizations that induce us to put them in the first place in relation to the defense and recovery of the historic industrial heritage.

The topics to be exposed in relation to the film industry’s heritage are widely varied, also taking every particular or specific issue into account, they are loaded subjects which make views possible about aspects such as:

* Cultural and industrial landscapes in the film industry

* Design and sets in the film industry

* The museums about the film industry

* Process, materials and heritage’s preservation techniques in the
film industry

Work sessions will be comprised of introductory speeches about the state of the issue in the industrial heritage’s international observatory in the world of films.

Apart from the introductory speeches, the people interested will be allowed to present papers, which previously evaluated by the Scientific committee of the XI conference, will be enclosed to each of the different points and will be presented by their respective authors in work sessions.

All the works will be published in a book, the 10th volume inside the collection “the eyes of memory” whose edition will be carried out by INCUNA.

Also the importance of the non-material heritage in the film industry will have a relevant space:

* Time’s landscape in the cinema

* Posters in the film industry

As it has been common, on Saturday the 26th of September we invite on a Tour around the Asturian industrial heritage through cinematographic milestones and icons. It will be an itinerary that remembers a script with the cultural recreation of sets that suggest and discover the everyday witness of our industrial past, also with an evaluation of the astronomy’s heritage of the area and the necessary topic references and book references related to the guided.

Thanking you in anticipation for your kind participation and cooperation in the information about the 11th International Conferences on Industrial Heritage. 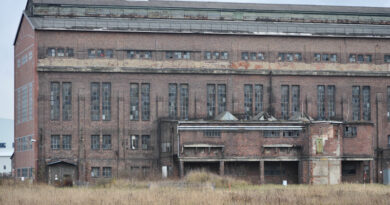 Kattowitz: TECHNOLOGY AND POWER – The International Committee for the History of Technology’s 46th Symposium, 22 – 27 July 2019 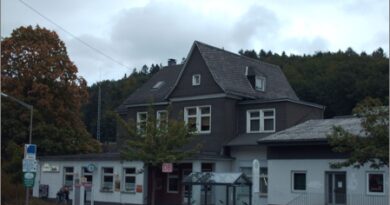